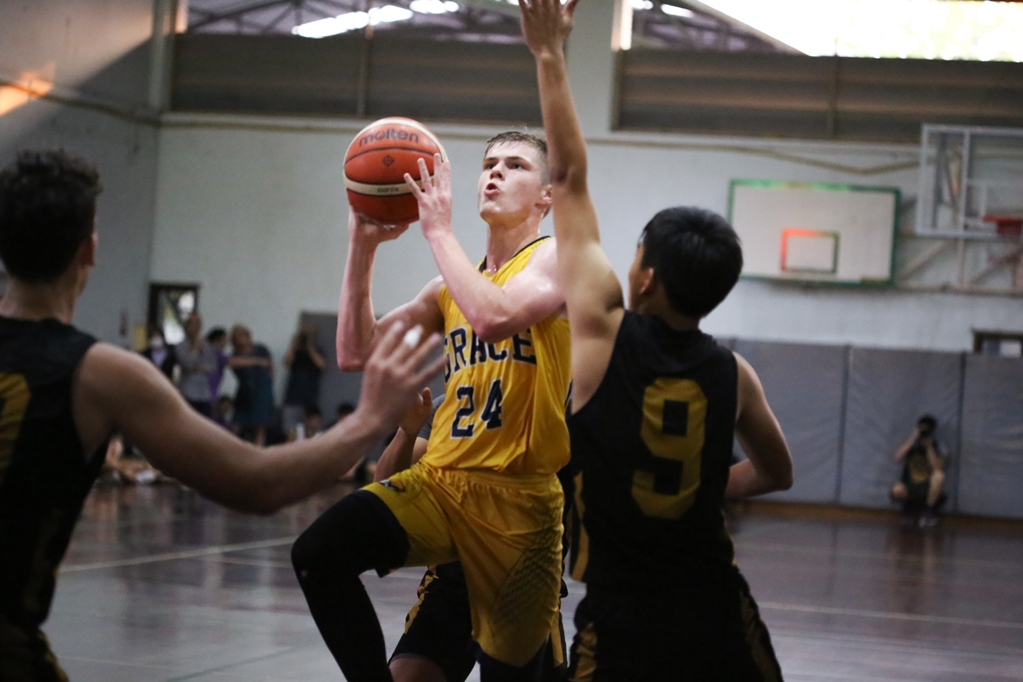 “Moving wasn’t my decision.” This feeling followed Jared growing up as his parents served overseas as Kingdom workers. Jared was only seven months old when his parents moved to Bangladesh. He lived there for six years before going back to the United States and then moved to Thailand to start 6th grade at Grace. Dealing with these changes and constantly feeling like he didn’t belong caused a resentment against Christianity to emerge in his heart.

Yet during his time at Grace, Jared slowly began to realize that there is nothing but Christ who can make him complete. His hunger for the truth grew as he listened to worship songs and sermons by Billy Graham. During this time, he was able to confide in the staff at Grace, including Athletics Director Chris Cole, about his inner turmoil. It wasn’t until a long flight during Christmas break that Jared finally prayed to accept Jesus into his life. Jared shares, “I then heard God asking if I was really going to live my new life out. He told me, ‘Hey Jared, people look up to you. Use that for my good.’” This led Jared to step out and openly share about his faith, impacting many.

Jared is able to be a witness to others because of the lasting impact that the staff at Grace had on him. One of the staff is secondary teacher Ms.Z, who he has devotionals with. “She’s so spiritually sound, is so focused on eternal things, and always talks about how powerful God is. She really trusts in God and it makes me go, ‘Wow, I wanna be like that.’”

Because of Grace’s core values of being Christ-centered and caring for students, their staff are invested in helping students like Jared develop a personal relationship with Jesus.