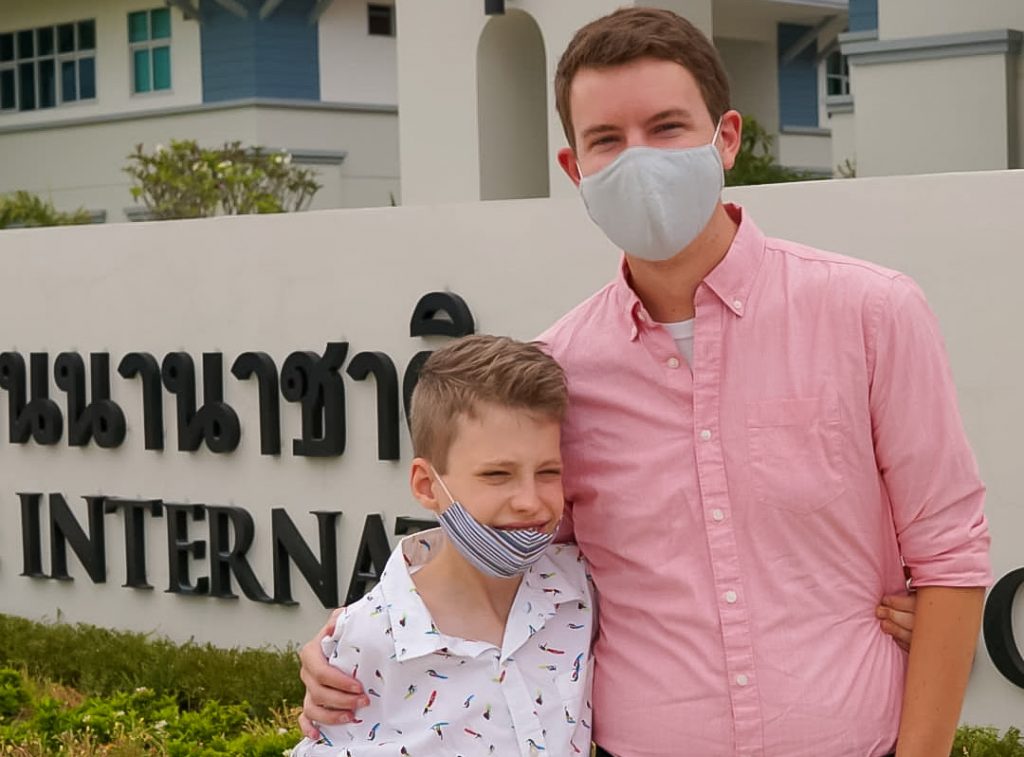 “How can you pass up this opportunity to go and give back to the school that you grew up in and shaped who you are?”

When Tyler Ross (Class of 2014) heard God telling him this, he made the decision to fly back to his old home of Chiang Mai to work in Grace International School’s Educational Support Department.

After graduating from Grace, Tyler went to Biola University where he worked at a center for autism for two and a half years and had one-on-one therapy sessions with kids on the spectrum. Then in 2018, Educational Support Director Pilar Prus invited him to come to Grace as the school was in need of people with his experience. Loving his job and being comfortable where he was at, Tyler was hesitant at first. However he later realized, “It wasn’t my plan that mattered. It was God’s plan and he had put me on this path since the very beginning—this path of being a student at Grace to working with kids on the spectrum and eventually back at Grace as a staff member.

Tyler’s job as a special aide is to accompany one student for an entire year to different classes and activities. “I’ve gotten to know Jake, who I help, very well. I love him to death! It’s fulfilling for me to know that I am making a difference in his life and that I’m helping his family. It is easier for them to stay on the mission field if they have someone to work with him.”

Looking back at his own time as a student at Grace, Tyler shares, “I was lucky to have a lot of teachers who were both spiritually and academically strong. The staff are here because they want to be here. They want to see students succeed and put their all into creating an environment where parents on the mission field feel safe sending their kids to this school.” Now, Tyler is one of those staff who gives the same care and support to the children of international Christian workers just like how he was given.

Called staff like Tyler fulfill Grace’s mission of supporting families of international Christian workers by providing for the individual needs of their children so that they may remain aboard long-term.