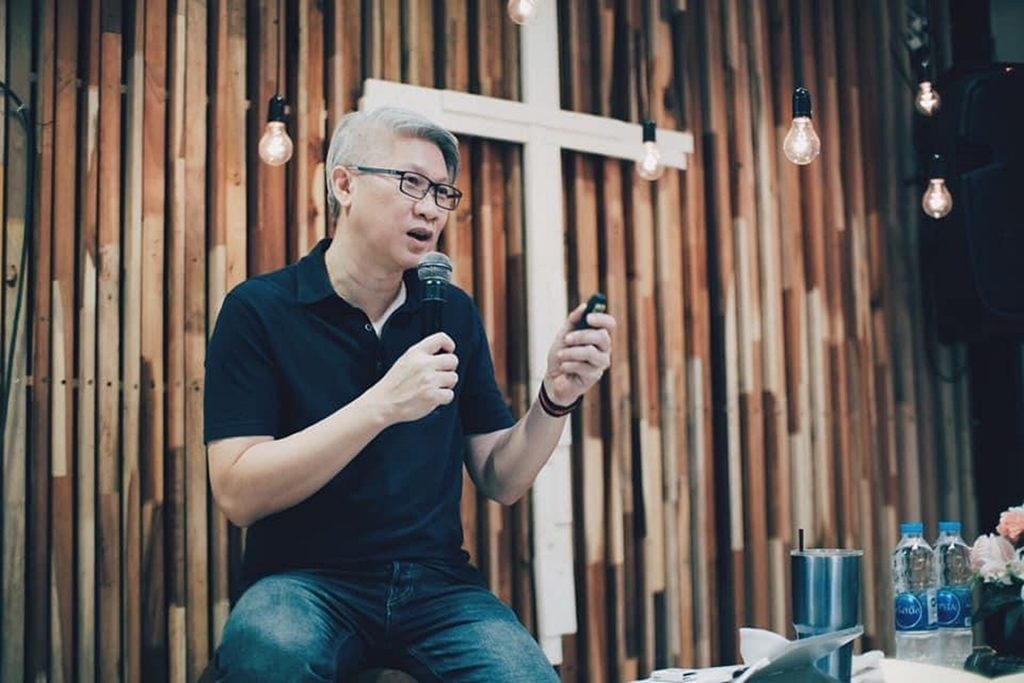 The Blessings of a Life Coach

Kawin, who had graduated with a Master’s in Psychology, has always been interested in empowering leaders and strengthening families through coaching, teaching and mentoring. One day, the Thai language teachers contacted him about wanting to be trained in conflict resolution and also financial management. Having received training in those areas himself, Kawin passed on his knowledge to the teachers. What started as an answer to a request eventually grew into numerous seminars for Grace staff. Grace, as a school, saw his passion and partially supported him financially to undergo training and become a certified life coach by CMI (Coaching Mission International). Kawin has coached and trained staff on various topics such as work-life balance, financial stewardship, peacemaker, life purpose discovery, and the seven gifts in Romans 12. It is his desire to pass everything that he has learned to his Grace family.

It isn’t just staff at Grace who are blessed by Kawin’s coaching. Many of the non-Christian Thai families have joined his marriage and parenting coaching sessions and have even come to Christ after hearing about God through them. He has also shared on large stages with big name pastors in the country and constantly hosts seminars and training for Christian families, churches and organizations. Kawin is especially passionate about strengthening families so that the church can grow strong. His hope is that he can help people see both themselves and others as God sees them.

Kawin says, “No matter where I go, I talk about Grace. Thai Christian life coaches are important but very rare. It is because the leaders at Grace saw and supported my passion that I am able to be light for Jesus to so many others. I want people to know about Grace and the amazing things that God is doing through this school.” Because Grace is mission inspired, the God given gifts of staff and students are valued so that like Kawin, they may live out God’s calling for them and impact others.