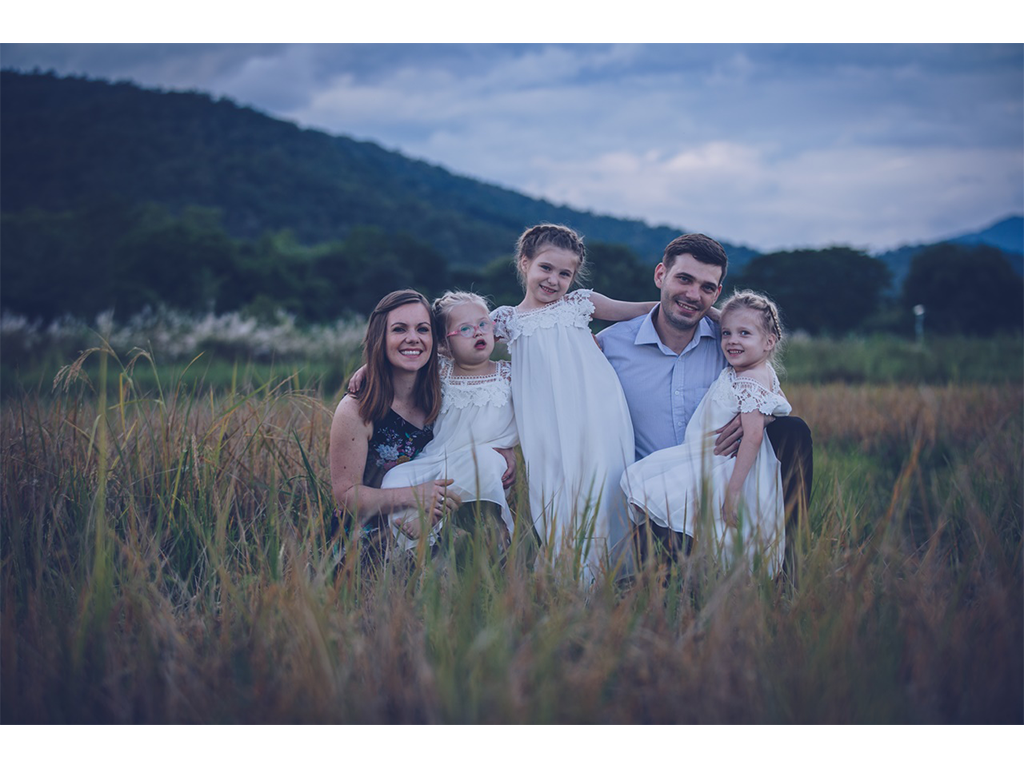 When God Makes a Way

Joey (Class of 2009) and Jasmine Tell minister to people with disabilities, something that is close to home as their daughter, Nina, has Down syndrome. The two are involved with the Wheelchair Project under Royal Patronage of the Rajanagarindra Institute for Child Development (RICD) in Chiang Mai where they work with hospitals and the Thai government to distribute equipment and wheelchairs. The couple’s mission is to transform disability in Thailand and they have seen how the Gospel can empower the people they work with. As Buddhism sees disability as the result of karma, Christianity contradicts that message by saying that God made you the way you are for a purpose; He does not make mistakes and has a plan for you.

When Joey and Jasmine adopted Nina, the two wondered if they would have to cease being actively involved in mission work. They approached schools about Nina’s education, but were turned down again and again. Jasmine had to sacrifice work to be with Nina full-time and when she pushed herself to get her job done, she developed an autoimmune disease. For Nina, she would cry every time her sisters left for school because it was a constant reminder that she was different.

Then, the Tells brought Nina to Grace International School where a team of parents and staff helped them to find a solution that works. Jasmine says, “When you are living abroad with a kid who has disabilities, you usually think of what you don’t have and trick yourself into thinking that things would be better if you went home. But our reality is that our daughter gets so much more at Grace than she would have gotten in the United States. Grace has changed our lives and has allowed us to stay in our place of ministry.” Joey adds, “It’s the attitude that makes a difference. The teachers and students are so inclusive. You can’t count on getting the love and support that Grace gives parents and students anywhere else.”

When God has a plan for you, He will make a way. It is because of Grace that the Tell family is able to be fully involved in their ministry and that Nina is able to enjoy the school life that she always wanted to have.