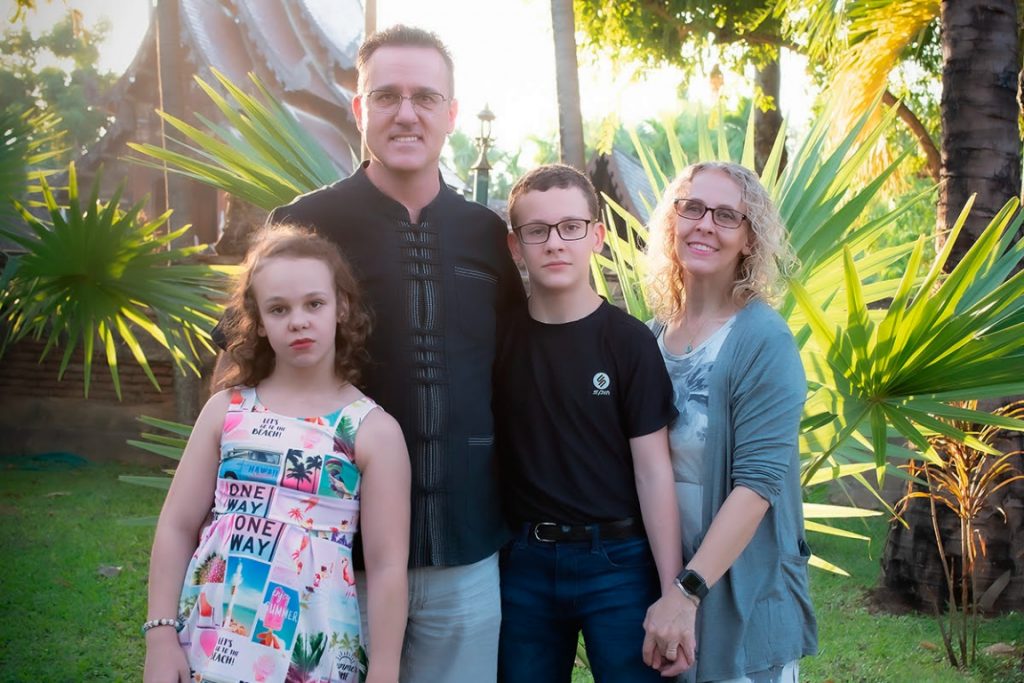 In an unreached village, a woman, who was in a constant state of pain because of an arm injury, heard about Jesus for the first time from a team of international Christian workers. She had prayed to many gods before—to no avail—but never to Jesus, so that’s what she did earnestly that night. Jesus came to visit her in a dream and when she woke up, her arm had healed! Overjoyed, she went to the rest of her family, declaring, “Jesus is real!” The family called the same team of workers to come share more about Jesus, and that day, all of them were saved.
Just in the nick of time.

John Wolfley explains, “We later learned that the day we visited was the day the entire family of seven planned on committing suicide to escape the hardships of their current lives and, based on their belief, get a second chance through reincarnation. But now they are born again!”
This is only one of the many fruits the ministry of John Wolfley and his wife, Justine, have seen. Since 2018, the two have been serving unreached people groups in the 10/40 window through discipleship and church planting. They empower and mobilize Asian believers to reach out to the rest of the world and engage in cross-cultural evangelism. The woman who was miraculously healed has now become a key evangelist on fire for Jesus.

God gets the glory for making all this possible and equipping the Wolfley family to do kingdom work in Asia. One vital resource provided is Grace International School. John says, “We are incredibly blessed by the quality of education and the dedication of staff who are called to invest in the children of international Christian workers in order to allow parents who are serving in a myriad of organizations and ministries to further the kingdom of God. It was especially hard for our son to adjust to our new life in Thailand during his first year, but his teacher was absolutely amazing. GIS helped make the transition for our family easier. It is because of GIS that we don’t have to worry about our kids suffering from a lack of opportunities later in life because we chose to serve God in an unreached area.”
Grace International School exists so people like the woman and her family—in just one out of many unreached villages—can receive the gift of salvation by enabling international Christian workers, like the Wolfleys, to remain on the mission field.